The oldest building still standing in Bassendean is a two room cottage completed in 1856 or early 1857 by convicts for Pensioner Guard John Law Davis, a former private in the East India Company.  It was one of four brick homes built on two-acre blocks facing Surrey Street which had been set aside late in 1854 for a Pensioner Guard ‘village’.

In March 1987 the cottage was added to the register of the National Trust of Western Australia and its unique cultural heritage significance was recognised.

“As the only known extant Pensioner Guard cottage in the metropolitan area the Pensioner Guard Cottage in Bassendean has a high degree of historical and social significance, despite later modifications.

Cottage open on the last Sunday of the month (excluding December and January) from 10.00am to 1.30pm by the volunteer members of the Bassendean Historical Society Inc. A gold coin donation is appreciated.

For more details see this page on the Town of Bassendean website. 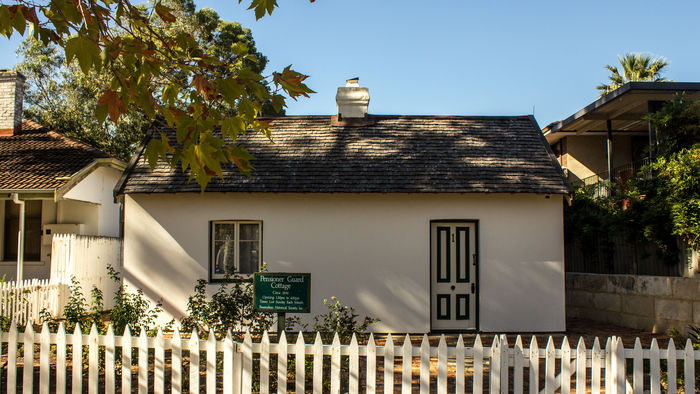