We’ve been wild about wildflowers for more than 50 years at the Kings Park Festival.

This year, we present ‘Perth’s Green Heart’ for the 2020 Kings Park Festival from 1 – 30 September - a celebration of the nature and culture of Western Australia in Perth’s favourite park.

The Festival is proudly presented by Kings Park and Botanic Garden and the Friends of Kings Park.

Spring 2020 will be a feast for the senses with thousands of wildflowers and more than 3,000 WA plant species on display. There will be dozens of free and fabulous events, displays, guided walks and talks, family activities and much more.

Why do we have a festival?

The Kings Park Festival celebrates the amazing plant life of Western Australia, promoting its beauty and the pressing need for its conservation. Most events and activities take place in the Western Australian Botanic Garden, one of the most visited and well-regarded botanic gardens in the world. The WA Botanic Garden is devoted to native flora in recognition of Western Australia's mega-diverse, fragile and uniquely beautiful plant life. The South West region of WA (including Perth) is one of Australia’s two globally recognised biodiversity hotspots.

The Western Australian Botanic Garden is a leader in environmental conservation, horticulture, community education and scientific research, which has made its plant collection one of the best in the world. Its displays are 'living galleries' of painstakingly curated collections of plants.

The WA Botanic Garden also encompasses much of the State's cultural heritage – from ancient Nyoongar history to modern day – through public art, memorials, trails and garden displays. It is also the venue for many cultural events each year including concerts.

The Kings Park Festival has run every September for 57 years, making it one of the longest running festivals in Australia.

Subscribe to our newsletter, follow our social stream, or like Kings Park and Botanic Garden on Facebook to stay in the loop with the latest festival news, competitions, events and activities throughout the year. 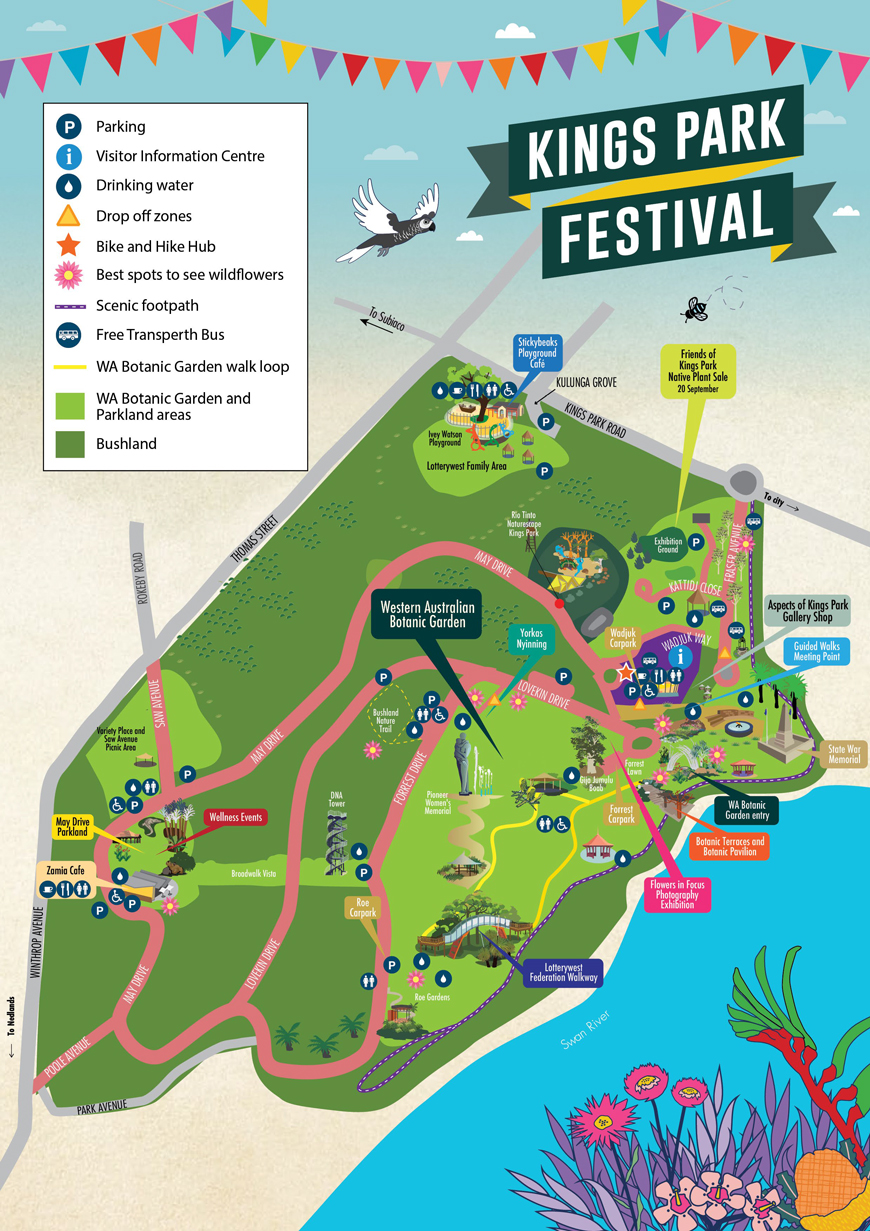