Please note: This case study refers to the TravelSmart to School program, which has now been re-branded as Your Move. 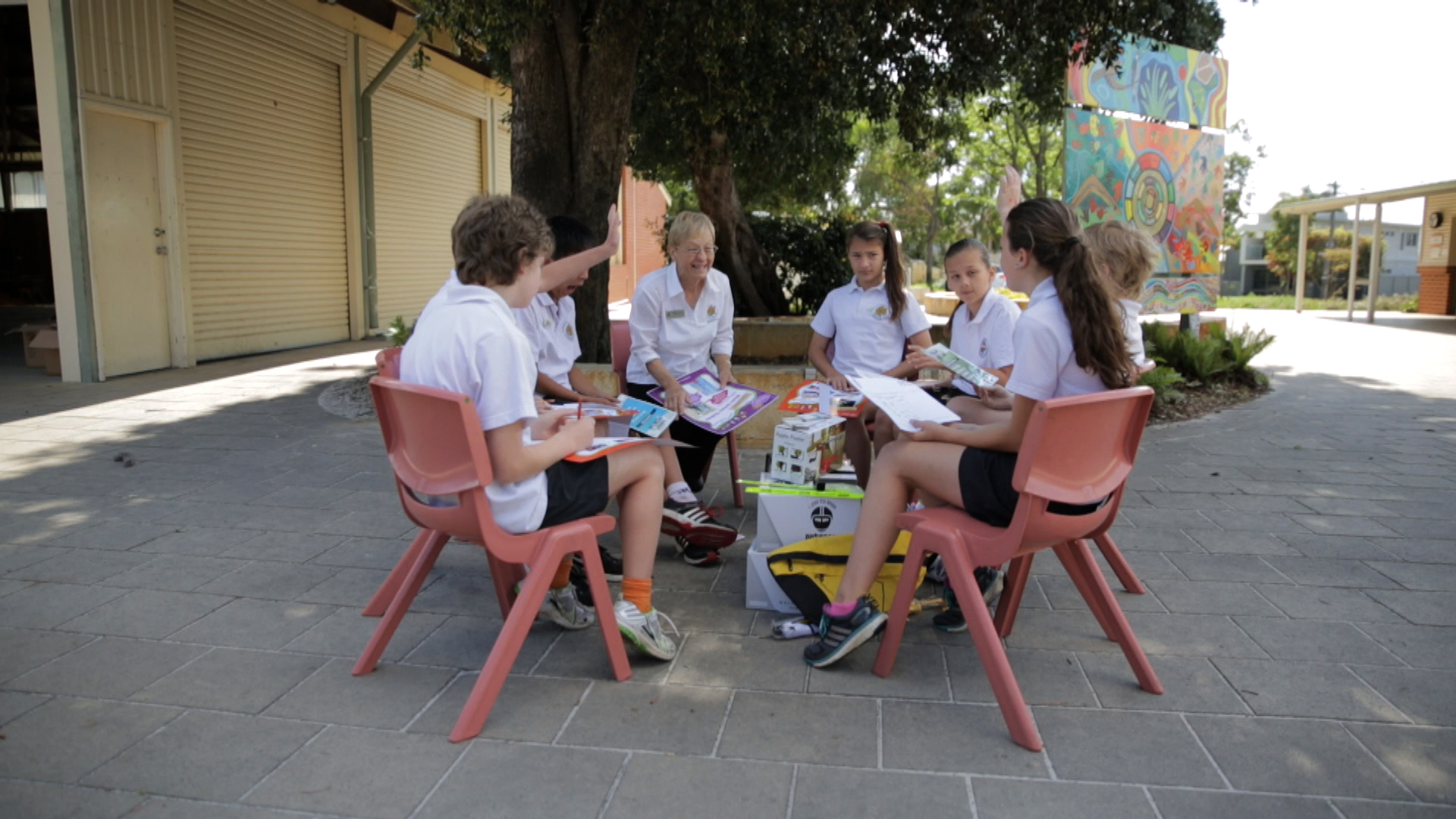 Coolbinia is an inner metro suburb, the bordering street has reasonably busy traffic at peak hour and recently had a cross walk guard removed. Coolbinia Primary parents have been running a Walking School Bus with Department of Transport (DoT) support since late 2009. In recognition of high participation rates, they were invited to send a TravelSmart student leadership team to a series of workshop excursions with Arthur Orsini (Urban Thinkers, Canada) in Term 3, 2011.

After formally joining the TravelSmart to School program, Coolbinia worked largely independently in Term 3, 2011 til Term 1, 2012. A DoT TravelSmart to School officer then began presenting at assemblies and running classroom and student leadership team workshops. Bike education assistance was supplied in Term 2, with $900 credit for Be Active Cycle Instead Bike Skills workshops.

“One of the initiatives of our school involves the introduction of ‘Fume Free Fridays’. This means coming to school in a travelsmart way every Friday … skip, hop, walk, ride.” bikes/scooters, or use public transport.” Coolbinia has adopted a whole of school approach to sustainability, employing a part time Cross Curriculum Coach – Elaine Lewis - to support sustainability initiatives. They have developed and maintained long term partnerships, such as ten years in the Waste Wise program. Coolbinia is an excellent example of a school that has incorporated the TravelSmart Schools program into its broader sustainability agenda.

Elaine Lewis’ involvement in supporting a whole of school approach has facilitated involvement across different year levels. For example, a Year Two class is trialling the TS Pass and Year 6 students explored TravelSmart within their energy studies and are looking at banner making activities.The school pursues Sustainability as one of three Australian Curriculum cross curricular priorities. Focusing on whole systems thinking and working closely with AuSSI-WA. Coolbinia Primary School have a 10 Tonne Plan – to reduce annual emissions of Greenhouse Gases (GHG) by 10 tonnes. This measures GHG saving activities, such as Walking School Bus participation and recycling on an upside down thermometer. A sustainability action plan is in place, along with various professional learning partnerships – One World Centre; International Year of Cooperatives; Carbon Kids; International year of Sustainable Energy for all; Biodiversity; Wastewise (Yr 4); WaterWise (Yr 5); Airwatch (Yr 6); and Energysmart (Yr 7). There is also a strong focus on community networks and partnerships. The Boya – a new type of student reward

Coolbinia Primary were the first school to launch a local community currency – the Boya. Boyas are issued to the school on the basis of emissions reductions. Students receiving Boyas can trade them for goods, including vegie garden produce at school fetes.

Parents Fiona Lanigan and Tanya Ridley have been major drivers in establishing some of WA’s most active Walking School Buses. The groups walk five days a week and are the only school community to run the bus in the afternoons. They operate in a very organised fashion, with detailed rosters and procedural information circulated to volunteers. The 154 students participating collectively walked approximately 1636 kilometres in 2011, saving the equivalent of 545kg of Greenhouse Gas Emissions. This is the equivalent of 77 less cars around the school at peak the peak drop off and pick up times (assuming one car per 2 children)

In 2011 the TravelSmart Team comprised of teacher Elaine Lewis and five Year 7 girls. In 2012 the team became a mix of genders and Years 6 and 7s. The student teams undertake data collection (Hands Up surveys), mark off TS passes at school gates on random Fridays and oversee collective resources like bike seat covers for rainy days. 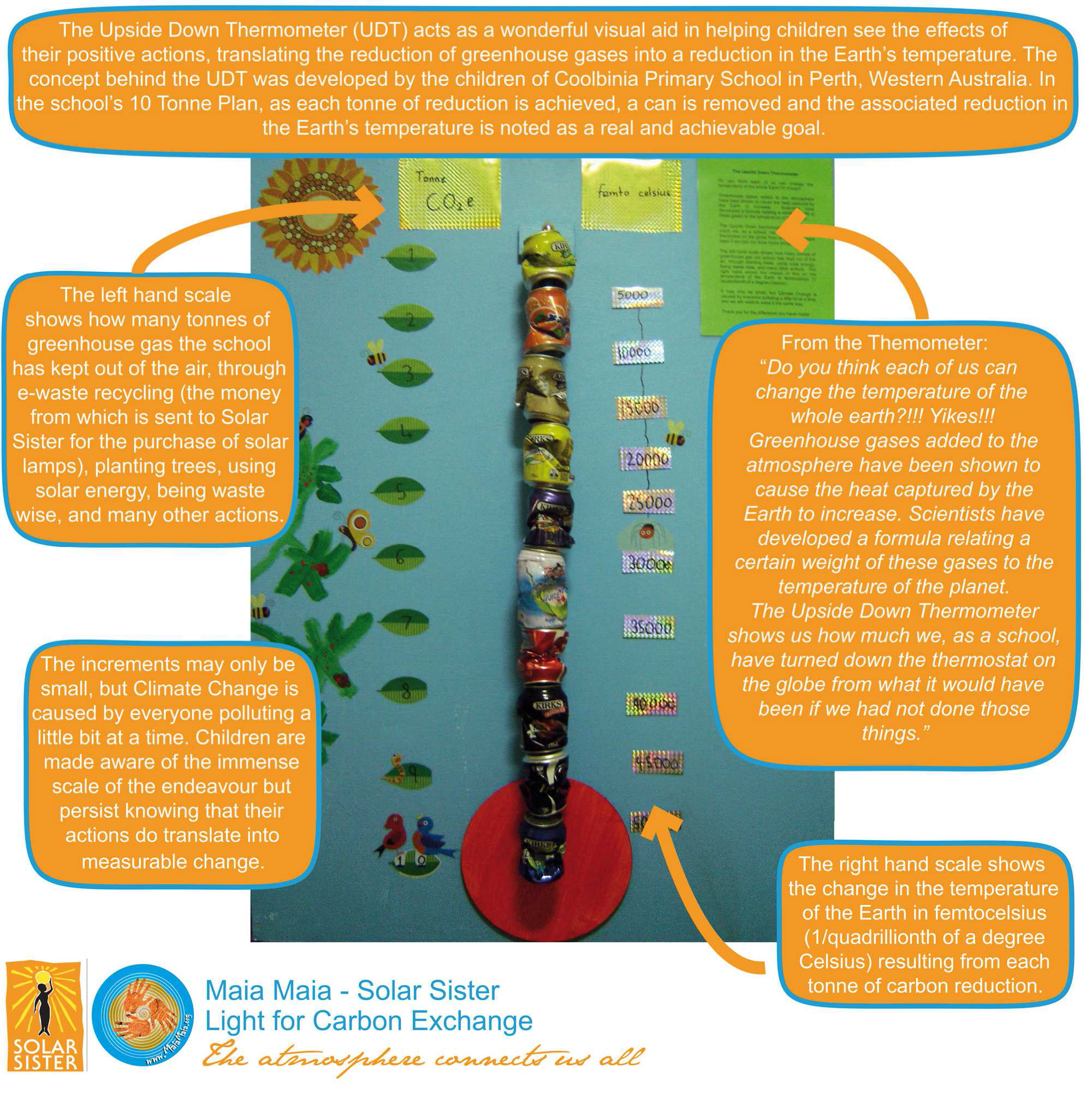 There’s no time like the present, so make Your Move now.